Remember that phrase “the devil is in the details”? Well, nary a truer statement has been made, especially as it applies to the medical literature. Avoid the details at your own peril.

Case in point: a recent research study published this past January 2019 in the journal Diabetes Care.1 It is a fantastic example of how we read the data significantly coloring the interpretation and conclusions we make. This article by Geiss, et al is titled, "Resurgence of Diabetes-Related Nontraumatic Lower-Extremity Amputation in the Young and Middle-Aged Adult U.S. Population". What does this title make you think? At first glance, one might interpret this as saying the amputation rate of diabetic patients is increasing – not good news if you’re an amputation prevention specialist, like, oh, say… most podiatrists. There must be some way we are not being effective, or perhaps there is some unaccounted for factor that we’ve missed. Let’s take a look at this study and see what it really says: that podiatrists ARE effective and NOT failing.

First, to set the scene. In the article’s introduction, the authors present that “rates of nontraumatic lower-extremity amputations (NLEAs) declined by about half between 1990 and 2010, accompanying reductions in other diabetes-related complications.” They relate, however, that socioeconomic disparities remain, and that there are concerning increases of several factors that have been seen in the young and middle-aged populations, sparking the reason for this study.

Next, the methods. The researchers retrospectively examined data covering the years 2000-2015 from a database covering 7-8 million hospitalizations. Using ICD-9-CM and lower amputation procedure codes covering both “minor” (toe and foot) and “major” (below knee and above knee) levels, they used statistical analyses to determine the rates of amputations in diabetic patients, stratified by age, sex, and amputation level.

Now come the results, where the interpretation becomes important. I’ll report their results first and then we’ll consider their significance.

Let’s reiterate that clearly: the increased amputation rates were driven by a large increase in the rate of minor amputations.

Let’s reiterate that clearly: the increased amputation rates were driven by a large increase in the rate of minor amputations.

Now, my friends, we get to the main issue. Despite the rather dire title, what we’re seeing is the success of lower extremity amputation prevention programs, where podiatrists play such an important role. A successful minor amputation, such as a digital or transmetatarsal amputation, prevents a major amputation, which is entirely the point. That's exactly what we in the podiatric profession are trying to do. Rather than demonstrating a failure of the system, this study is showing success!

Rather than demonstrating a failure of the system, this study is showing success!

Of course we should expect to see the rates of amputations rise if you include minor amputations. Diabetes as a disease is on the rise, and as we trade major amputations for minor ones, we’ll see the amputation numbers rising. And that’s a good thing! Congratulations, podiatrists. You’re actually successfully saving legs – exactly what we are trying to do!

The study’s authors mostly missed this point, attributing the results to “fundamental failures in the prevention of lower-extremity disease” and not optimally performing proper foot examinations, among others. They do mention, “The increase in minor amputations may reflect a shift in clinical decision-making, with a preference for earlier toe amputations to prevent more serious amputations and related hospitalizations.” This is exactly the reason for these numbers. The authors point out, though, that this may not be an important factor because the rates of major limb amputations also increased by a much lower 29% increase. I would argue that anywhere a podiatrist is part of an appropriate limb preservation team, we will see the numbers of major amputations drop. The fact that BKAs and AKAs rose between 2009 and 2015 just tells us we have more work to do. I’d say the rest of the medical profession should send their patients to podiatrists early in the disease process to avoid major amputations.

“This analysis documents a discouraging change in the NLEA trend in the U.S.,” the authors report sadly. Rather, I celebrate the results of this study and say this demonstrates the success of limb preservation by experts like podiatrists! Congratulations to us! Rather than demonstrating a failure, this study actually supports the following logical syllogism: 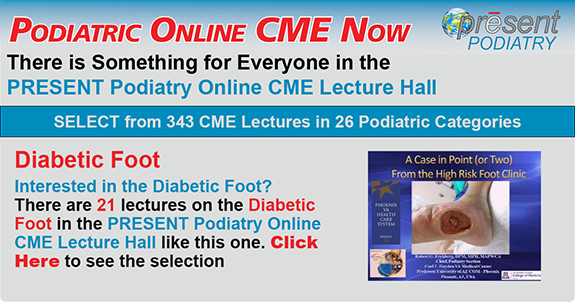 Podiatrists are part of a team that perform more minor amputations.

Thank you Geiss, et al for demonstrating the success and importance of podiatry. Too bad you missed the point entirely. That’s ok. Podiatrists haven’t missed the point. We’ll simply continue to save limbs and lives.