Talking about research and statistics is a sure fire way to make people stop reading today’s editorial.

But wait!  Stop!  Don’t delete me yet. I have some life left as a useful blog post yet! Hear me out.

Of all the statistical concepts we learn in school and residency, one of the most important and least discussed is the concept of effect size. You see, we read all those journal articles that list significant p-values, and then we think we’re being “evidence-based.” We read excellent journals like The Journal of Foot and Ankle Surgery and think we’re up-to-date on the newest and best practices pertinent to the lower extremity. But we may actually be fooling ourselves.

Are you intrigued? Maybe just a teensy tiny little bit?

For those of you that are, let’s keep the momentum going. For those of you who are not, then feel free to come back later, when all your friends are talking about the importance of effect size and you have no clue what’s going on. Hey, who knows? Maybe this will be the next big dinner party topic!

What is Effect Size?

Let’s first define effect size. This is the magnitude of some phenomenon between groups. If you punched me in the face (because I roped you into reading this editorial) versus rubbing my face with a feather (because you’re so happy you kept reading), clearly there would be a difference in effect in regards to my facial appearance: black and blue versus my usual face (Some would say the former is an improvement over the latter!).

Effect size refers to either the raw difference between groups (termed absolute effect size) or a standardized measure of effect (calculated to transform the effect into an easily understood scale).

Complications of Foot and Ankle Surgery

Harold Schoenhaus, DPM reviews various types of complications that may occur post operatively. Dr Schoenhaus stresses the importance of informed consent and truthful expectations to be given to all patients.
Available Credits: CPME 0.75

What’s the “Effect” of Effect Size?

Let’s take a look at a hypothetical example. If a medication improves some physiological aspect by 50%, that sounds significant. But what if I told you that same 50% improvement was a jump from a value of 1 to 1.5 out of a possible 100? It may have been a 50% improvement, but the overall effect was minimal.

A result can be statistically significant but have an effect size that is so small it is clinically insignificant. When doing a research study, both effect size (substantive difference) and P value (statistical significance) should be reported.

Similarly, when constructing a research study, effect size is needed before starting the study to determine the number of subjects needed to avoid a Type II error (concluding there is no effect when one exists). A power analysis is needed to determine what number of subjects in the study will be sufficient to ensure (to a particular degree of certainty) that the study has acceptable power.

The Big and Small Problem with P-Values

On the converse of this, very small differences between groups, even if statistically significant, are often meaningless. For example, a study with a sample size of 10,000 is likely to have a significant P value, even if the difference between groups is negligible.

The drift, here, is to use P values with caution and look for studies that report effect sizes because, unlike significance tests, effect size is independent of sample size. 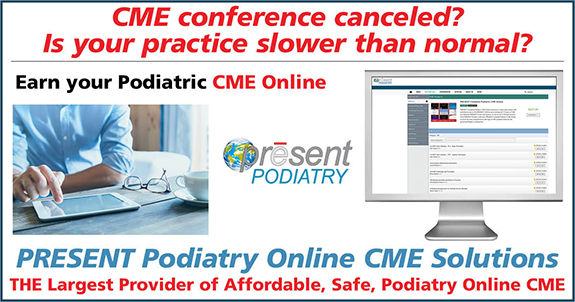 Let’s finish this off by including a table of some commonly reported measures of effect size1. Most research studies that report an effect size already have this calculated, but in all too many studies, this is ignored (likely because it will make the study worthless). If you take nothing else away from today’s editorial (assuming you made it this far), it’s that you should not trust P values as the end all be all of statistical tests. Look at the P values and then figure out the effect size.

Effect size is independent of sample size. If you take nothing else away from today’s editorial, it’s that you should not trust P values as the end all be all of statistical tests.