Practice Perfect 730
Keeping it Local Part I: A History of Local Anesthetics

Before we get started, I have an issue to communicate. First, during last week’s issue I used the female pronoun she, to which one of our readers took exception, arguing this was discriminatory against females. I’d like to apologize for any appearance that I may have been gender biased. I have used the gender specific pronouns he and she for many years since it is grammatically incorrect to use they when referring to the singular. However, as I do not want to demonstrate any gender bias, from now on I will use they as the chosen pronoun and only write he/she for specific situations. We have also modified the archived version of Practice Perfect 729 to remove the he/she pronouns. Now, on to our regular scheduled programing…

I can’t help but to start this discussion with a history of local anesthetics, so let’s get right into it with today’s issue and discuss the medical details next week. The uninitiated may find it surprising to know that cocaine was actually the first local anesthetic. We know cocaine today as the white powder that destroys lives while it destroys the nose when inhaled per nasum. But cocaine, an alkaloid that comes from the coca plant Erythroxylum coca 1 (more specifically from its leaf), has a much older history with the first use by humans documented as long ago as 5,000 years in Equador. The word “cocaine,” then, derives from the Quechua word “cuca” (later anglicized to “coca”) and the Latin “of” or “like.” So, cocaine literally is from the coca plant. The leaves were commonly chewed by South Americans who understood its stimulant properties and possibly as a painkiller during trepanning procedures (cutting a hole in the head to relieve pressure or evil spirits, depending on your belief system).

Albert Niemmann (1834-1861), in Göttingen, was the first person to determine the chemical structure of cocaine (besides naming the drug) and was also the first to demonstrate its anesthetic effects via numbness of the tongue. Ophthalmologist, Carl Koller (1857-1944), in Vienna, Austria, was the first to use cocaine clinically as an anesthetic, employing it to provide local anesthesia during surgery to treat glaucoma.2 Incidentally, it was the one and only Sigmund Freud – father of psychoanalysis and friend to Carl Koller - who introduced him to this medication. Freud had previously used cocaine as a treatment for morphine addiction. Keep that historical tidbit in mind for a later ironic twist of fate. The use of cocaine as a local anesthetic was shortly thereafter published, and this exciting new information travelled around the world.

Enter the history-of-surgery superhero Dr William Steward Halsted (1852-1922). For those of you unfamiliar with Dr Halsted, he is considered the father of modern surgery, one of the four great founders of the Johns Hopkins Hospital and School of Medicine, a revolutionary surgeon and educator that helped bring the current 4-year medical school and residency training models to the United States. He pioneered many surgeries, popularizing the concepts of meticulous dissection and hemostasis and antisepsis and was an early adopter of general anesthesia (a fascinating topic of its own). Another name for the mosquito hemostat, commonly used in surgery, is the “Halsted” after this legendary surgeon who invented it.

Here comes that little twist of fate I mentioned earlier. As it turns out Dr Halsted suffered from an addiction to cocaine that affected his entire career – a situation hidden from the public for many years – that was secretly treated with…you guessed it: morphine. Halsted reportedly received help titrating doses of morphine from his friends Dr William Welsh (1850-1934) (pathologist and first dean of Johns Hopkins Medical School) and Dr William Olser (1849-1919) (a legendary internal medicine physician and historical giant on his own). You can’t make this stuff up!

As a quick aside, Dr William Osler’s name is attributed to Osler’s nodes, the red, raised, painful lesions that show up on the hands and feet in patients with infective endocarditis. Now, it’s common in medical school to be taught about Osler’s nodes and Janeway’s lesions, so now I have to mention Edward Janeway, MD (1841-1911), a prominent internist in New York and contemporary of William Osler. Dr Janeway described nonpainful lesions of the palms and soles, also in patients with endocarditis. Incredibly, Dr Janeway’s son, Theodore Caldwell Janeway, became the first full-time professor of internal medicine at John’s Hopkins, the position started by Osler!

So, what’s the difference between Janeway lesions and Osler’s nodes, you ask? Osler’s nodes (caused by immune complex deposition) are on the tips of the fingers and toes and painful, while Janeway’s lesions (septic microemboli) are on the palms and soles and painless. Splinter hemorrhages of the nails, then, round out the dermatological manifestations of subacute bacterial endocarditis.

Ok, back to Halsted and local anesthetics. When Halsted read the paper about Koller’s work using cocaine he began experimenting with the drug, working with some of his residents and students. For those of you Lord of the Rings movie series fans, I can’t get the image out of my head of the first moment the hobbit Smeagol (Gollum) first saw the One Ring and was instantly entranced, his soul lost to the Ring’s evil. I picture William Steward Halsted with the same look on his face as cocaine enters his system, taking a hold of his life and never letting go. “One drug to rule them all and in the darkness bind them!” (I love Lord of the Rings!) Halsted and coworker John Richard Hall were the first to publish the use of 4% cocaine hydrochloride to block a peripheral nerve in the face for dental surgery.

This brings us to the modern local anesthetics. As might be obvious, cocaine as a local anesthetic brought with it several problems (especially toxicity and addiction), so newer medications had to be found, and its replacement was…drum roll please…Novocain.

Novocain, or compound #2, was found in a group of para-aminobenzoic acid (PABA) derivatives by chemist Alfred Einhorn (1856-1917) in Germany. As with all things, nothing is perfect, and Novocain (renamed Procaine in the U.S. during WWI) was found to be relatively weak as an anesthetic, requiring high doses of epinephrine to make it effective. These issues with the ester anesthetics again pushed further research to find better alternatives. 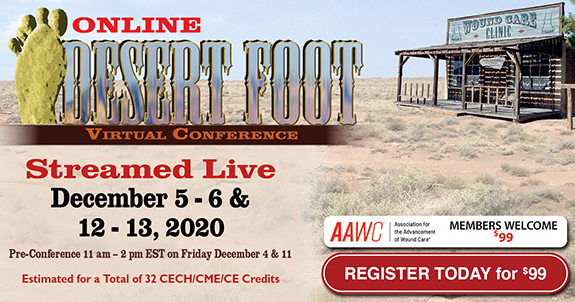 Nothing was found for some time until 1943 when Lidocaine, a xylidine derivative was synthesized by Swedish chemist Nils Löfgren. Xylidine is used in the production of various dyes. As you know, Lidocaine, the first amide anesthetic, is often called Xylocaine – and now you know why! It was found to be much more effective with less allergic reactions. It was so successful that the company Löfgren sold the patent to, Astra AB, became one of the largest pharmaceutical companies in the world – today AstraZeneca. Soon after, other anesthetics were created, including mepivacaine (trade name Carbocaine™) and bupivacaine (trade names Marcaine™ and Sensorcaine®) in 1957 and prilocaine in 1972.3,4

Consider this rich history the next time you’re injecting a patient and remember you’re one link in a long chain that travels back more than 5,000 years.