As the first Practice Perfect of 2021, I was going to write a retrospective on the past year. As I started writing, I realized 2020 was one year many of us would prefer to forget, or at least, move on from. Although some good things did come from the year – like the realization that we could have high quality CME physician education via the Internet – much of the year focused on the disastrous pandemic. As a result, I decided instead to look forward into the future by spending today’s editorial on something positive: Dr Douglas Richie Jr’s new textbook Pathomechanics of Common Foot Disorders.1

Before we discuss the book, I must disclose my bias in favor of Dr Richie’s work. I have known him for several years and have always considered him an intellectual mentor. His approach to lower extremity pathology is consistently scholarly, and this book continues that scholarly approach. In a time where biomechanics seems to be falling away from the podiatric profession and into others’ hands (note the current proposal by the Council on Podiatric Medical Education to decrease the minimum number of resident biomechanical examinations from 75 to 50, an already abysmal number made worse), Dr Richie’s book is a much-needed infusion of intelligence into our profession.

The title Pathomechanics of Common Foot Disorders may not be the jazziest, but it clearly states what the book covers. The content is organized into four primary sections: fundamental mechanics, first ray disorders, adult acquired flatfoot, and plantar heel pain. This clear approach belies the complexity of the topic, and one might be concerned that such a large field of study might present as unwieldy or disorganized, but this is not the case here. Dr Richie does a masterful job presenting the material in an organized yet surprisingly readable style. Despite the scholarly approach, which, in the published research literature, is often deliberately stilted and boring, Pathomechanics is well written with a more flowing, slightly conversational style.

The other difference with this book is its single authorship. All other texts of this type have been written as collaboratives with a group of “experts” taking different topics. The reader will have to decide on their own if that is a compliment or criticism, but this created a cohesive, unified approach to the material with one voice and clear underlying themes that, when repeated, reinforced the material. Like Kevin Kirby, DPM’s series, Precision Intricast Newsletters, the single expert perspective created a feel almost like a dissertation.

Each chapter starts with pertinent anatomy, fundamental kinematics, and kinetics with brief discussions about prior paradigms and methods of study. Some of our younger colleagues and students at the beginning of their biomechanical study may not fully appreciate the abbreviated review of prior paradigms (I suggest reading Dr Stephen Albert’s text Lower Extremity Biomechanics Theory and Practice, Volume 1 for a detailed review of many biomechanics topics and principles), which may make Pathomechanics a second textbook for students. However, for professors at the podiatry colleges, this is an excellent resource for discussions about foot and ankle pathology. Each chapter then presents both past and up-to-date research evidence, which often contradicts prior knowledge. However, Dr Richie’s evidence-based and highly comprehensive use of the literature makes for strong and convincing arguments that are thought provoking and potentially practice changing, making it a must-read for all of us.

I should emphasize that the well-cited, critical use of the current research literature is key to the success of this textbook and is different from the “in-my-hands” show-and-tell style we are so used to seeing at our largest conferences. It is for this reason (there are 864 citations!) that I call this text “scholarly”. Dr Richie’s approach has the effect of questioning much of our common knowledge, so if you are the type that does not like to hear alternative arguments that may question both what you know and how you practice, then this text might make you uncomfortable. Here are some illustrative topics Dr Richie discusses that are supported by the evidence, to whet the appetite: 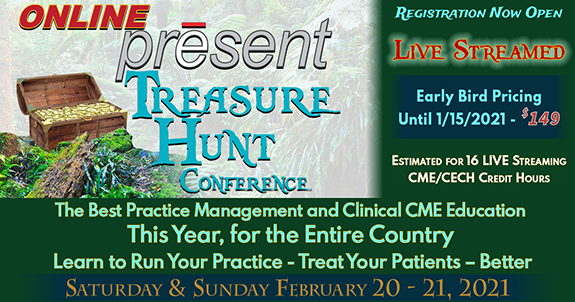 I would be remiss if I didn’t point out potential shortfalls of the text. Pathomechanics does not recommend a specific biomechanical examination, treatment recommendations for pathology, or orthosis prescriptions resulting from the concepts discussed. Similarly, the text does not cover in detail surgical treatment recommendations. We should remember, though, that this is a pathology textbook and not an exploration of treatment principles. I would love to see what Dr Richie would do with these subjects! Dr Richie provides a deep and detailed thesis on foot function, presenting to us the evidence, but does not spoon feed us with conclusions about what to do with this knowledge. He affords us the respect to meet him halfway. Now that we have the knowledge, we decide what to do with it. That, kind reader, is the practice of podiatric medicine, greatly improved with this excellent new textbook.