A couple of weeks ago, in Practice Perfect 743, I lamented the unfortunate apparent lack of biomechanical knowledge in our current 4th year students and laid the blame on all of us in the field. I mentioned that few of the applicants to my particular residency program were able to answer simple questions about orthoses. One of the primary issues for this deficiency was the lack of a basic framework in which to approach the application of a biomechanical treatment. To help educate our young colleagues (rather than simply complain), I’d like to help reduce that ignorance by discussing a simplified approach to prescribing foot orthoses. To the uninitiated, this can feel somewhat complicated, so let’s break this discussion down into two parts. Today, we’ll review a general framework and next week we’ll dive into the orthotic prescription itself.

The first component that the lower extremity specialist will need is a conceptual framework to approach most problems of the foot and ankle. It’s one thing to establish a diagnosis (always an important endeavor) and quite another to understand what caused that diagnosis in the first place. It’s the difference between answering the questions, “What is it?” and “Why is it occurring?”.  That brings us to the first important concept: kinetics versus kinematics.

Kinematics - The branch of mechanics that focuses on motion of objects without reference to forces acting on those objects. For our purposes, this is bone and joint positions. This is the most common aspect of biomechanics studied in the surgical literature. For example, research has shown that Charcot reconstruction of the foot is more likely to be effective if the talo-1st metatarsal angle is properly aligned postoperatively.1 The assumption in this approach is that proper position correlates with decreased pressures and hence better outcomes, though pressures are not themselves determined. Similarly, those subscribing to Root biomechanics argue that proper joint position (ie, close to the subtalar neutral position) is normal and leads to less pathology. This is a kinematic viewpoint.

Kinetics - The branch of mechanics that focuses on the forces acting on objects. Again, for our purposes, we’re talking about forces and pressures on bones, joints, and soft tissue structures of the lower extremity. This aspect is less studied in the podiatric literature, which is understandable given certain limitations. Specific technology such as force plates are necessary but may be too costly. Similarly, it’s problematic to surgically insert devices to measure pressures and forces on specific joints in living patients. As a result, many studies utilize cadavers to measure pressures, forces, and strain on tissues, a method that has its own limitations (most notably the differences between a cadaver and a live human). This is an important challenge to the biomechanics research community because we’re increasingly seeing that kinetic effects play a larger role than previously realized.

In reality, kinetics and kinematics work together and are two sides of the same coin. For example, that research about Charcot reconstruction I mentioned earlier demonstrates improved outcomes with more anatomical joint positions (kinematics), but, in reality, the improved position actually leads to decreased medial column forces, less pressure on the arch, and decreased ulceration (kinetics). The simple way to say this is form dictates function.

I’ve taken these ideas and combined them into what I’ve called the kineticokinematic approach (KK Approach), which is simply a modified version of the tissue stress theory to give us a framework to organize our thinking when given a patient with a foot and ankle complaint. The KK Approach is simply this:

Step 1 - Determine the damaged or strained anatomy. This is done through a history and focused physical examination.

Step 2 - Clarify the underlying biomechanical cause. This requires an understanding of the pathomechanics of foot disease and a solid physical examination.

Step 3 - Focus treatment on the underlying biomechanical cause. This can be accomplished by either nonsurgical methods, surgery, or both.

Let me emphasize, here, that there is no separation between “biomechanics” and “surgery”. In my mind, treating a patient with a foot orthosis or brace is no different from doing a surgical procedure. The goal is the same: treating the underlying cause to decrease strain on damaged tissues.

Whether you use Biomechanics or Surgery, the goal is the same: treating the underlying cause to decrease strain on damaged tissues. We should apply specific treatments based on the effect those treatments have on the mechanics of the foot.

All treatment options are on the table, and the astute lower extremity doctor will use everything available to help their patients. My goals for foot orthosis therapy are exactly the same as my goals for surgery, following the three steps above. Instead of some proscribed surgical procedure (such as an Evan’s osteotomy for all flatfoot problems) or unchanging orthotic prescription (such as a medial heel skive for all flatfoot problems), we should apply specific treatments based on the effect those treatments have on the mechanics of the foot.

Let’s close this discussion with an example. Mr Jones is a 56-year-old male with six months of sharp pain plantar to the first metatarsal head of his right foot. After a complete history and physical examination, you determine that his tibial sesamoid is the strained structure (Step 1 of the KK Approach), and he has a forefoot pes cavus with rigidly plantarflexed first metatarsal. All other metatarsals are on the same plane and a Coleman block test shows an inverted heel that completely corrects with offloading the 1st ray (Step 2 of the KK Approach). Radiographs are negative for fracture, arthritis, or AVN of the sesamoids. Step 3 of the KK Approach is now up to you. Perhaps you might decide on nonsurgical treatment first with a functional custom foot orthosis aimed at reducing strain on the tibial sesamoid. The prescription might include (among other things) minimal arch fill, a first metatarsal head cut out, and intrinsic forefoot valgus posting. All of these methods are aimed at reducing plantar pressure on the tibial sesamoid. Couple this foot orthosis with the proper shoe (such as a running shoe with rocker sole), and the patient will most likely improve.

Let’s say that after a few months of this treatment, the patient continues to have pain. After another examination, you determine that the rigid plantarflexed first metatarsal is just too rigid for the orthosis to be successful, and you recommend surgical treatment. The surgical goal is exactly the same as your prior nonsurgical attempt: reduce pressure and strain on the tibial sesamoid. Since the underlying biomechanical etiology is the rigid plantarflexed first metatarsal, a dorsiflexory osteotomy of the first metatarsal is a reasonable choice. 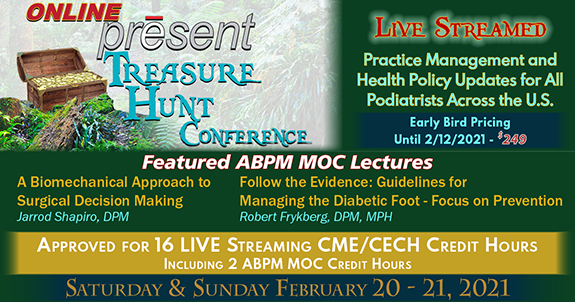 Mr Jones recovers, rehabs, and is now pain free due to your systematic approach to his foot pain. Your understanding of kinetics, kinematics, and the paradigm of the KK Approach provides a helpful way to organize one’s thought process to tailor treatment to each patient’s unique complaint and lead to a complete treatment plan rather than a cookbook method that may help some but not others. Next week, we’ll apply this method in a bit more detail to the foot orthosis prescription itself.

There are 1 comments for this article