Practice Perfect 753
Did You Get a D?

Let’s talk clindamycin. This very useful antimicrobial has a prominent and important role in the treatment of lower extremity skin and skin structure infections. For many of us, this is a common go to medication, but, as we all know it has the ability to cause pseudomembranous colitis. It’s also well known that many antimicrobials can cause Clostridioides difficile diarrhea (yes, it’s no longer called “Clostridium”), including fluroquinolones, penicillins, cephalosporins (2nd, 3rd, and 4th generations) and carbapenems with almost all other groups occasionally or rarely associated.1

But let’s avoid talking about that liquidy subject and focus instead on the concept of inducible resistance with clindamycin, which is something many either don’t know about or forget. This important situation may limit the usefulness of clindamycin and is worth our attention.

Before getting started let’s do a quick high-yield review of clindamycin’s characteristics.2

Ok, now let’s get to that important issue mentioned above which is macrolide-inducible clindamycin resistance.

Bacteria utilize a process of methylation of messenger RNA (mRNA) which then attach to the ribosomal RNA (rRNA) to create certain cell wall proteins. In a somewhat complex way, macrolide antibiotics do their job by binding to the 23S portion of the 50S rRNA, stalling the ribosomes, thus interrupting cell wall protein synthesis.

Paul B Haser, MD discusses venous disease and lymphedema and how they contribute to the development of leg ulcerations. He also discusses the present state of clinical wound care for venous and other non-arterial ulcers as well as help develop a paradigm for optimizing wound healing in the venous and other leg ulcer pathology.
Available Credits: CPME 0.5

Resistance of bacteria to these antibiotics is due to a bacterial gene group called erm (erythromycin ribosome methylase) which make methytransferase enzymes. These enzymes add two methyl groups (instead of the regular single methyl group) to the 23S portion of the 50S rRNA which prevents the binding of these antibiotics, making the bacteria resistant.3

The D-test allows us to determine if this inducible resistance is present using the disk diffusion method which you might recall from school. As the antibiotic diffuses from the disk across the plate, it prevents growth of the bacteria (creating a clear area). If the bacteria, on the other hand, are resistant, then they will grow. During the D-test, the lab technician uses a nutrient plate that has been inoculated with bacterium from the patient sample. Onto this plate they first put a small disk with erythromycin and then another with clindamycin 15-20 mm apart. There are now three scenarios we need to consider:

Scenario 1 - If the bacteria are susceptible to both antibiotics, then nothing will grow (the plate will be clear in the zones where the antibiotics diffuse and will look like circles of clearance).

Scenario 2 - If the bacteria are resistant to erythromycin and susceptible to clindamycin then there will be growth in the erythromycin zone (no clear areas) and a circular zone of clearing around the clindamycin area. This is a negative D test.

What is the Clinical Significance of a + D Test?

The simple way to look at this is if the D test is positive then clindamycin should not be used. However, because this resistance actually occurs in a small percentage of the bacterial population, clindamycin may still be used in minor infections that require a short course of antibiotics, such as a minor staph cellulitis. The idea here is that this antibiotic is destroying the bacterial population before the genetic mutation actually occurs.

But for severe infections such as sepsis, osteomyelitis or more severe skin structure infections that require a longer duration of antibiotics, it is more likely that the mutation will occur. This may be seen by initial improvement in patients with a later relapse. In these cases, it is best to find a different antibiotic according to the sensitivities found from the cultures.

Now, there’s one last comment we should make here. Recall from the table above that clindamycin also reduces toxin production in staph and strep species. As a result, one might continue to use clindamycin, even with a positive D test, as an adjunctive medication rather than as a primary antibiotic. 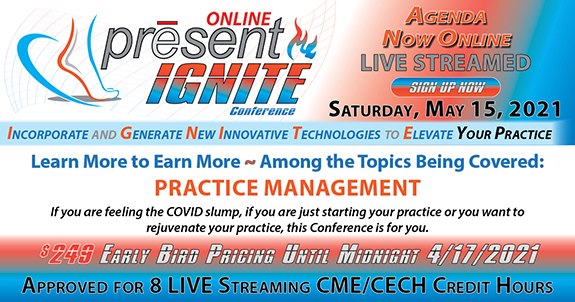 It’s never good to get a “D” on a test and this is never truer than during the D-test for inducible clindamycin resistance!

#PracticePefect #Did #you #get #D #clindamycin