A 35-year-old female presented to the office with a 3-month history of pain in her left and right leg after being sedentary recovering from appendix surgery. She returned to running in February, and described the pain was worse on the left vs the right. The pain in the right started in the inner aspect of her lower leg pointing to the inner aspect of the calf muscle behind the tibia. She described the pain starting half a mile into her run and would progressively get worse and she would have to stop and walk home.

During the initial exam and confirmed with ultrasound showed Posterior Tibial Tendinitis with the left being worse than the right. No findings of tarsal tunnel. The exam also revealed mild pronation and mild forefoot supinatus.

The treatment plan included a novel approach to her pain management by prescribing the daily use of the supplement Synogesic. In addition, she was told to use KT tape while awaiting her custom orthotics to arrive. She wanted to remain active and so a daily stretching and strengthening program was recommended.

Patient returned to the office 3-weeks later for custom orthotic dispensing and related that she was experiencing no pain in her legs and was excited to return to pain free running. Upon further examination and confirmed by ultrasound the Posterior Tibial Tenosynovitis had resolved. The patient received her custom orthotics. She discontinued the KT tape routine and continued the stretching, strengthening and Synogesic supplementation.

The Synogesic dietary supplement (Figure 1) is a proprietary, natural ingredient blend formulated by world-renowned orthopedic surgeons, and recommended by expert physicians for the safe, long-term management of musculoskeletal joint comfort.

The patent-pending formula features 6 natural, safe ingredients that are widely researched. Synogesic brings these ingredients together as a whole to help support healthy inflammation responses and sustain normal joint comfort with everyday use - without the risks of NSAIDS and Cortisone injections.

In addition, two other well respected practices participated in an observational study that tracked and quantified patients' joint comfort levels during a 12-week period. The impressive results were similar to those in the clinical trial - with most patients reporting substantial joint comfort.4 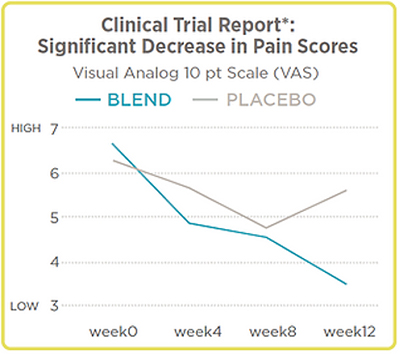 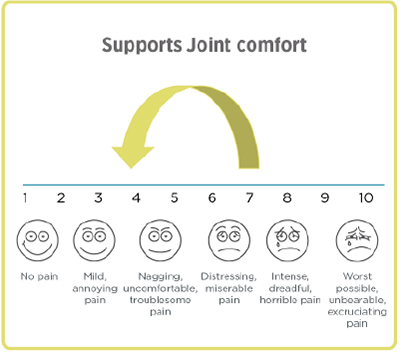 The patient was extremely pleased with the reduction of pain in her legs and other areas of her body and was able to return to pain-free running. The Synogesic dietary supplement was a very beneficial addition to the patient's treatment plan that resolved her pain issues without the risks of NSAIDS and Cortisone injections.

If you have any questions regarding this case study or to learn more about Synogesic please contact:  Amanda Hughes at ahughes@certaintyforhealth.com or call (484) 297-6718.