Practice Perfect 777
But Who Were Marie and Tooth?

Recently, during an academic discussion, the topic of Charcot Marie Tooth disease came up. It’s a very important disease to a podiatrist, so it makes sense that we were discussing its effect on a patient. During this discussion, my mind started wandering a bit (yes, I’ll admit it), and I thought, “I know who Charcot was, but who were Marie and Tooth?” After growing up in the medical world, I knew the prevalence of eponyms (in fact, it’s one of my favorite topics to read about), so I knew that Marie and Tooth were people. But who were they? It’s easy to forget that there were actual people behind these eponyms, people with lives, loves, adventures, passions and failures. So, let’s take a digression away from things clinical and look into a window on the past.

Pierre Marie, MD
Pierre Marie was a French neurologist (1853-1940) who was actually a student of Charcot.1 Dr Marie was the first to publish a description of acromegaly in 1885, describing the pathology of the disease as a pituitary tumor. He was also the first to describe pulmonary osteoarthropathy as well as a hereditary ataxia affecting the cerebellum in young children (known as Marie’s ataxia). After his training with Charcot at the Salpêtrière hospital, he worked as a professor and chair of pathological anatomy at the University of Paris starting in 1907, where he remained until 1917 when the one and only Gustave Roussy (of the eponymous hereditary sensory motor neuropathy Roussy-Levy syndrome) took over his position.

We should mention here that Marie’s chairmanship of pathological anatomy is significant because his mentor Charcot had recently pioneered the study of clinicopathological anatomy in neurology in which patients were examined, and when they died, autopsies were done to correlate the postmortem anatomy with the clinical appearance when they were alive. This method advanced medicine, setting the stage for some of the huge advances of the 20th century.

In 1917, Marie took over as the chair of neurology at the Faculty of Medicine, which had originally been created for Charcot (yeah, he was pretty important!). He took over from another big neurological name, Joseph Jules Dejerine (of the hereditary motor sensory neuropathy Dejerine Sotas fame). He was known to be an excellent clinician and teacher, but his most productive years actually occurred prior to this job. Realize that at this time, World War I was winding down and the prior higher level of funding was no longer available for the kind of research that had been performed during the late 19th century.

Dr Marie was a very private person with a much less visible career compared with people like Charcot and the world-famous general surgeon Halstead. He was devoted to his wife who died of erysipelas (Streptococcus pyogenes infection) and children who both died (daughter from appendicitis and son from botulism) while doing his own research at the Pasteur Institute. Marie died at the ripe old age of 86.2

Why Doesn't This Heal? The Role of Unaddressed Edema and the Non-Healing Wound

Howard Henry Tooth, MD
Dr Tooth was born in Sussex, England, in 1856 and went to Cambridge where he graduated in 1880. After medical school, he studied a “hereditary peroneal neuropathy” for which he separately published an article at the same time Charcot and Marie published theirs (1886). From the best I can tell, Dr Tooth was still in his training when he published his doctoral thesis on this neuropathy. He didn’t become  a full physician until 1907. Pretty good for a trainee, huh? Both sets of doctors described the champagne bottle appearance of lower leg muscle wasting that was then described as pied en griffe or foot in claw. Interestingly, Charcot and Marie thought this was a muscle disorder, while Tooth correctly identified the etiology as a neuropathy.3

He served in the Boer War in South Africa and with distinction during World War I, which had a major psychological effect on him for the rest of his life, as one would imagine. Another common theme in this period were the numbers of doctors who served during the Great Wars. Imagine a generation of physicians who lived through WWI and WWII. That clearly had an effect on 20th century medicine.

He died of a cerebral hemorrhage in 1925 while driving. I can never get over the irony of medical professionals who suffer diseases in their areas of expertise. For example, Harvey Cushing, the father of neurosurgery, suffered from Guillain-Barré while serving during World War I. 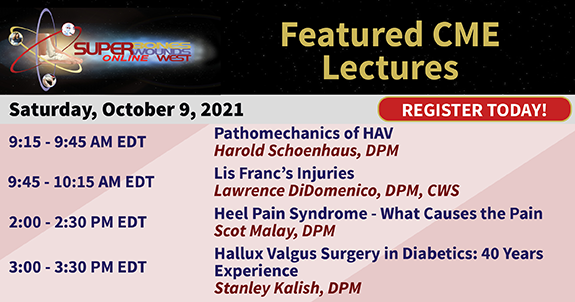 Unfortunately, little is known about these physicians, despite their contributions to neurological medicine. As is the case with so many medical providers, we live daily lives working to treat our patients and not spending our time self-aggrandizing for posterity. But that doesn’t change the special impact of these and other less well-known doctors to our practice of medicine and medical history.

#PracticePerfect #But #Who #Were #Marie #Tooth #JarrodShapiroDPM