Recently, the residents at my program had a discussion around a couple of chapters in Dr Richie’s textbook, Pathomechanics of Common Foot Disorders. This is an excellent text that I recommend everyone purchase and read in detail. During the discussion, I got the feeling from some of their questions that they were starting to feel hopeless about their understanding of biomechanics.

It’s understandable that they might feel this way given the thorough manner in which Dr Richie debunks certain previously well-entrenched theories about foot function. In school, students are taught what often comes across as a somewhat black-and-white topic. They learn Root biomechanics, terminology, and to some extent some other theories. Now, I don’t blame the schools at all – there are board exams to consider, and it’s very difficult to create test questions from unclear material. Here’s an example. We teach the subtalar joint axis as if the joint rotates around a hinge. The axis is located 42 degrees from the transverse plane and 16 degrees from the sagittal plane. Pretty black and white, right? Well, this is incorrect information that came to light after Root and colleagues’ work. The subtalar joint axis, like many axes in the foot, actually moves like a screw, and those axes are better described as a “bundled axis” that changes position as the joint moves. Adios black and white.

Similarly, Dr Richie’s text discusses several topics where we need to re-examine our understanding. Hypermobility is caused by hallux valgus and not the other way around. Metatarsal length is not important in the pathogenesis of hammertoes/predislocation syndrome while its sagittal plane position is. Sesamoid axial radiographs are inaccurate in determining frontal plane position of the sesamoids. These are just a few examples.

Residents learn quickly as they begin training that the world isn’t black and white, but many do not realize this also pertains to their fundamental knowledge base. And what’s worse for them, biomechanics is the basis for most of what we do in medicine of the lower extremity. This kind of questioning may feel like the ground moving underneath their feet – a knowledge earthquake. A feeling of helplessness may be an obvious outcome.

I’m here to tell all residents, don’t feel helpless. Let’s look at these new revelations in a different way.

It Is What It Is
I hate that phrase. I really dislike how it seems to say, “This is how things are so just give up.” That’s a wimpy attitude in general, but in this case it applies. When we discover new information about a previously held belief, we can choose to ignore it, hate it, or embrace it. But no matter what attitude one takes the world will be what it will be. The foot functions in its way, and it doesn’t care whether you like it or understand it. It’s a machine. It seems pointless, then, to swim against the tide. If new data arises, it is well supported by the research, and appears to contradict prior knowledge then so be it. That’s called progress. Dr Root never expected his views to be completely validated later; he expected changes and progress as new methods and information became available. As I understand it from others who knew him, he was very open to change. We should all follow that example.

The Role of Human Placental Tissue in Treating Chronic Wounds

Embrace a New Attitude
Instead of being afraid or intimidated by the New, think of how exciting and potentially beneficial new things are. Electricity was new and scary to people when it was first discovered. Imagine living without it now.

Consider how much fun it can be to learn something new or to discover a novel application. Often, new information sheds light or clarifies something that was previously murky. Colace®, the popular anti-constipation agent, has been proven to be a poor postoperative medication. Similarly, incentive spirometry is not needed to prevent postoperative atelectasis. In the biomechanics world, the concept of the “calcaneopedal unit” is a fascinating idea that may appear obvious after thinking it over but does have important ramifications.1 Recognizing the talus is actually part of the leg rather than the foot may potentially alter the goals when performing surgical procedures such as the triple arthrodesis. For example, when I was in training we would attempt to dorsiflex and abduct the talus during the triple, which is rarely successful because the talus is locked in the ankle mortise under the leg. Instead, a better goal, considering this concept, is to focus on relocating the foot under the leg by adducting the foot at the talonavicular joint. This maneuver makes it much easier and more effective to realign the foot.

Similarly, looking at an old concept with new eyes is also informative. Consider the concept of the twisted plate or lamina pedis first discussed by MacConaill in 1944.2 For me, this concept augmented my approach to treatment of both flatfoot and cavus deformities both surgically and nonsurgically. It also simplified things a bit and made it easier for me to teach students and residents.

More recently, the engineering perspective discussed by Kevin Kirby, DPM (through too many articles to cite here) and the tissue stress approach characterized by McPoil and well described by Mueller, et al3 changed my entire approach to biomechanics from much of what I learned in school. These were actually the first things I read which led to my own philosophy of patient care that I term the “Kineticokinematic Approach” (see Practice Perfect 667-670 and my Clinics in Podiatric Medicine and Surgery article4). Now, to be honest, there’s nothing amazingly groundbreaking or genius about the KK Approach. It’s simply an adapted tissue stress approach to patient care, but it’s a good example of how studying new concepts and keeping an open mind allowed me to simplify my approach to biomechanics and patient care that I have found to be very effective. 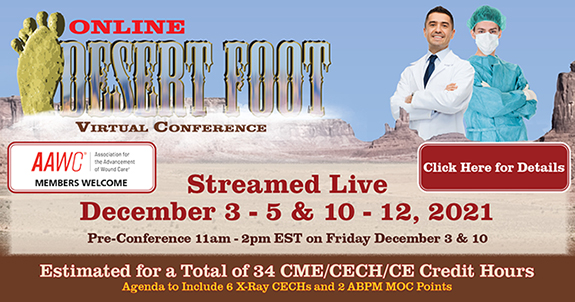 It’s Liberating
Learning new concepts usually ends up giving us more power to affect our environment. We are given more options, not less. Take that example I mentioned above about hypermobility being caused by hallux valgus rather than being the cause. This now opens surgeons to a greater variety of procedure options. The Lapidus is no longer a procedure indicated only for “hypermobility and a large intermetatarsal angle.” It can be used for a larger number of bunion types. Similarly, if the primary goal of your bunionectomy procedure is to realign the first MTP joint over the sesamoids, rather than simply eliminating hypermobility, you now have many options to address patient needs. In a similar manner, the relatively new work showing how important the spring ligament complex is to adult acquired flatfoot has led to the creation of new surgical procedures to reconstruct this ligament for better outcomes. New knowledge leads to new options!

You’re Going to Treat Patients Anyway
No matter what you read or what new experiment calls into question something you held as a gold standard, the bottom line is you’re going to sit across from a patient, determine a diagnosis, and treat that patient the best way you know how. A good portion of patient care is trial and error, so if something doesn’t work try something else. How do you know what that something else is to try? Read the research, think about that research and how you can incorporate it into your practice. Embrace the new (as long as it’s well supported). Track your outcomes over time to watch if your treatments are successful. Maintain a flexible attitude and enjoy being that lifelong learner your education created. Your patients will benefit. That’s why they call it medical practice, right?

#PracticePerfect #Do #Not #Feel #Helpless #About #Biomechanics #JarrodShapiroDPM