Last week in Practice Perfect 750, we discussed the important role of the transmetatarsal amputation (TMA) when taking care of those unfortunate patients with forefoot complications of diabetes. Rather than consider this amputation a last resort, surgeons should embrace the functional nature of the residual foot after the TMA…when the procedure is done correctly. Here are some tips I have found to markedly improve the long-term durability and success of the TMA.

Ryan H Fitzgerald, DPM discusses biofilm-based wound management (BBWM) that aims at reducing re-formation during and after a surgical debridement. Dr Fitzgerald also reviews the properties of an ideal topical antimicrobial as well as discussing their clinical outcomes. He also describes case studies that utilize BBWM strategies for the treatment of chronic wounds.
Available Credits: CPME 0.75

The final tip has to do with post-healing shoe gear. Patients can ambulate very well with a stiff soled extra-depth shoe with trilaminar insole and forefoot filler. Additionally, a rigid shank placed under the insole will prevent the shoe from bending in half as the patient propels (most suppliers provide these on request), and a rocker sole simulates propulsion in those patients determined to be at low risk for falls. Checking proprioception is always a good idea. Flat-bottomed outsoles are better for patients with poor balance. 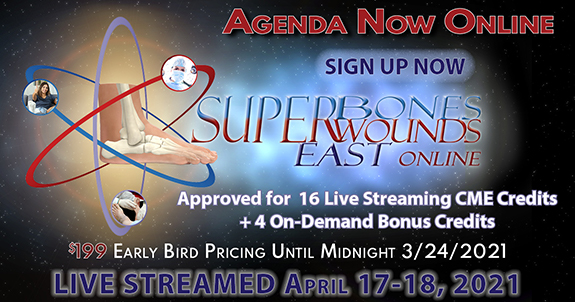 The devil is very much in the details when performing the transmetatarsal amputation, but if properly executed, this procedure may yield excellent durable outcomes with a functional foot and fully ambulatory patient.